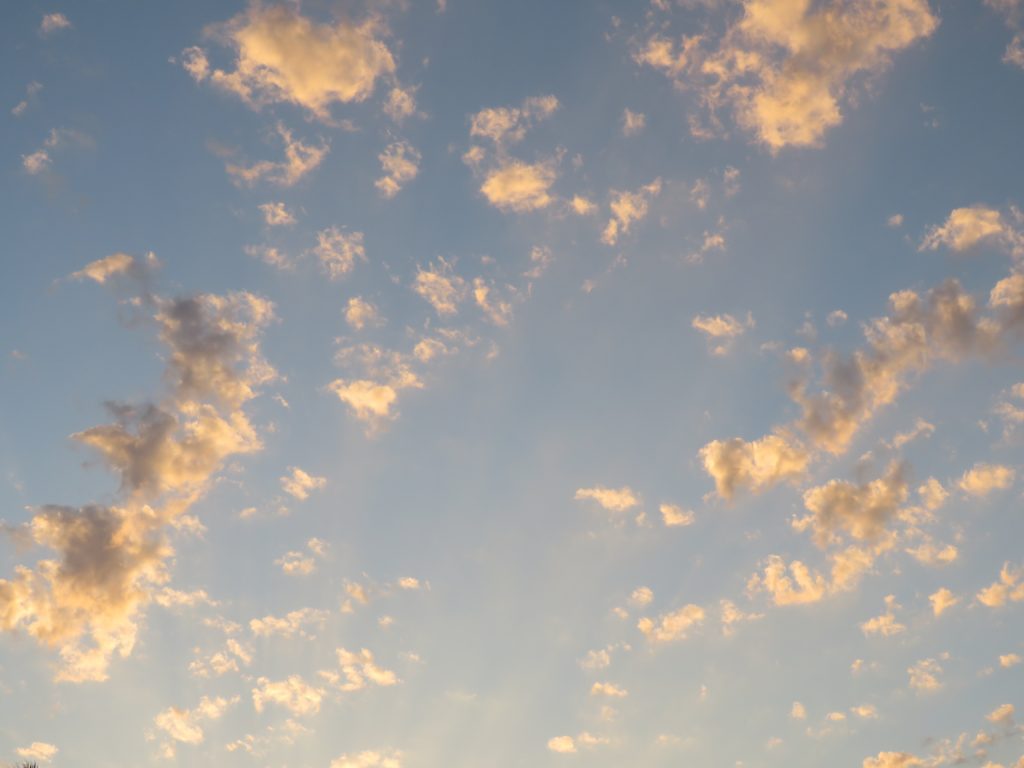 With the late afternoon sun at just the right angle, the Creation of the World, rendered in stained glass, had never looked more beautiful. I have worshipped in this space many times, with many of the same people that are here today for an interfaith worship concert. I know that this institution and the people in it believe the church is a force for good in the world, a light in the darkness. That’s why I was so unprepared for what happened.

In this sacred space, a lampstand of the second largest Protestant denomination in the U.S., people got to their feet and cheered the notion that what was wrong with the world was religion.

The song that elicited this Standing O was John Lennon’s “Imagine.” The soloist invited us to “Imagine all the people, living life in peace.” How we ache for that, when the city of Aleppo is reduced to rubble and its citizens dead, starving or in exile. Dare we hope for a world that “will be as one” when terror and mayhem are striking ever closer to home? We wake every day to a cacophony of political distrust and acrimony. It’s no wonder we hear hope in Lennon’s words and we stand and we cheer. Yes. This is what we want. This is what we hope for. We want it so badly that it’s easy to only hear the words of love and peace.

But there are other words that get lost in the sentimental haze of this beloved anthem. They are the words that show us Lennon’s way to this utopia:

And no religion, too …

We can have the peace we long for if we could just be free from the corrupting forces of political and religious institutions. No countries, no religion, no possessions: this is how we can be selfless, loving and living in pure harmony. This is the thoroughly modern worldview that says people are basically good, and if they’re not, we can blame the government, or the church, or economic systems.

The Christian worldview is very different. Humans are a paradox. We are created in the image of God and declared good by Him, as depicted in the stained glass windows that were the backdrop for this afternoon’s exercise in irony. Yet at the same time, we carry within us the potential for rebellion, selfishness, violence and greed. In other words, we have the capacity for sin.

In this view, we can acknowledge that political and religious institutions have brought pain into the world. Yes, greed keeps some fat and happy while other starve. But these are the result, not the cause of human depravity and violence.

There is disorder in this world that political and religious institutions neither foster by their presence, nor prevent by their absence.

Ironically, “Imagine” — Lennon’s paean to basic human goodness — reached #1 in the U.S. after his death in 1980. The sources of violence and discord Lennon cites in his song — country, religion, greed — are not what motivated his murder and their absence wouldn’t have prevented it.

No, for that we have to look beyond the easy answers of oppressive systems into the human heart — even into our hearts.

The Christian worldview says that there is a persistent force of evil at work in the world, a force we can either resist or surrender to. To contend that the only obstacles to the peace we long for are political, economic and religious systems leaves us dangerously vulnerable to the most formidable obstacle of all: Sin.

Like John Lennon, the prophet Isaiah had a vision of a world without conflict and pain. Unlike Lennon, in Isaiah’s vision, the root cause of all the world’s pain will be dealt with by a savior with the power to do what we cannot. Our savior, in his life, death, and resurrection began the work of making us selfless, loving and able to live in peace with one another. And in his return, he will complete that good work he has begun.

“A shoot will come up from the stump of Jesse;
from his roots a Branch will bear fruit.

but with righteousness he will judge the needy,
with justice he will give decisions for the poor of the earth.
He will strike the earth with the rod of his mouth;
with the breath of his lips he will slay the wicked.

Righteousness will be his belt
and faithfulness the sash around his waist.

The wolf will live with the lamb,
the leopard will lie down with the goat,
the calf and the lion and the yearling[a] together;
and a little child will lead them.

The cow will feed with the bear,
their young will lie down together,
and the lion will eat straw like the ox.
(Isaiah 11:1-7)

For 5 days, we kept our eyes to the sky and our ears tuned to the Weather Channel. We dusted off our hurricane vocabulary and liberally sprinkled our conversations with isobars and wind speeds, storm surges and a new addition — post-tropical cyclone. The forecast was dire: high winds, lashing rain, flooding and rip currents. We fretted, changed vacation plans, took in all possible projectiles and waited for Hermine to join Belle, Gloria, Irene and Sandy, the Storm Sisters that have made history on the East Coast.

We got a few drops of rain and a strong breeze.

You’d think people would be relieved and thankful. Instead, they were disappointed and just a little mad. Newspaper headlines sneered: “No-Show Hermine.” The Twitterverse accused forecasters of hype, fear-mongering and causing undue economic hardship for beach towns depending on Labor Day weekend tourism.

It didn’t take long for the memes to pop up. It’s not that we’re rooting for disaster; most of  us are not that perverse. But if you’re prepared for one and it doesn’t hap

pen, you feel pretty foolish standing under a clear blue sky wearing rain boots and wondering what you’ll do with all those extra batteries and bottled water. And when we feel foolish, somehow, “thank you” isn’t what springs to mind. We should be grateful for being spared, but somehow all we can think about is our ruined weekend at the beach and those “weather types who are always wrong.”

All this crankiness about our near-miss with a hurricane got me thinking:

We have an uneasy relationship with prophets of any kind — whether they’re meteorologists or messengers from God.

When they are wrong — and in the case of God’s prophets, this means their prophecy has not yet come true — we treat them with contempt and scorn.

God’s prophet Jeremiah knew this well. For 40 years, through the reign of five different kings, Jeremiah warned that if Judah didn’t turn back to God and His commandments, there would be destruction and exile. Many didn’t listen because they just couldn’t believe it could be true — that the God of Abraham would abandon them, that He would allow His temple and His city to be destroyed by pagan nations. So they just stuck their fingers in their ears and went on with their idolatry, injustice and unholy alliances they thought would secure their future.

It must have been hard for the faithful — there must have been some — to see the wicked go unpunished for their obstinate rebellion. They weren’t grateful that God was showing mercy and patience, that more might repent. They mistook mercy for weakness, or for evidence that the prophecy and the prophet couldn’t be trusted. When our forecasters are wrong, we just shrug and vow never to listen to them again (or at least until the next hurricane). Jeremiah wasn’t so lucky. The price he paid for being “wrong” was ridicule, being called a traitor, death threats and imprisonment.

Of course, we’re not really happy when they’re right, either. I doubt that the people of Judah were pleased when, finally, Jeremiah’s vision of destruction and exile came true. Oh, you might have heard the occasional “Why didn’t I listen?” But human nature being what it is, I imagine the exiles were more likely to blame Babylon’s agression, their own king’s failed policies, or even God for abandoning them before they would admit that the judgement was on them. Anyone but them.

Unless they’re telling us we’re perfect just as we are, prophets can’t win for losing with us.

Another of God’s prophets, Isaiah, put it this way:

“For they are a rebellious people,
lying children,
children unwilling to hear
the instruction of the Lord;
who say to the seers, “Do not see,”
and to the prophets, “Do not prophesy to us what is right;
speak to us smooth things …”
(Isaiah 30:9-11)

I pray that we will have ears to hear, even — especially — the stuff we don’t want to.

I pray that we will be faithful and patient, even when God’s prophecy has not yet been fulfilled.

Most of all, I pray that God will deliver us from the prophets whose words never offend— prophets who speak to us smooth things.