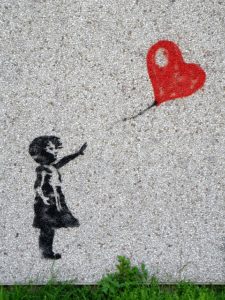 I just ended one of the longest relationships of my life. With the exception of the year I spent in France, I have read the New York Times every day since I was 12. There is nothing else I can think of — no other habit or ritual or compulsion — that I’ve practiced longer or that has remained an unchallenged, unquestioned and uninterrupted part of my life for so long.

For many years, the New York Times was a mark of identity. When my 7th grade teacher declared it required reading, I understood I was being called out of the Bronx and into a different world. We were ”Intellectually gifted girls” (a distinction we at once mocked and embraced) and such girls read the Times. People who went to college read it, and when they graduated, they rushed to their important jobs with it tucked under their arms. Reading the Times was what smart, well-informed, sophisticated people did. I wanted to be all those things so it’s what I did. As a character in one of my favorite movies puts it, “I want to like what’s better to like.” And even though I am no longer a 7th grader eager to embrace the world beyond the boroughs, it was hard to let go.

Why do we hang onto things — possessions, relationships, newspaper subscriptions — even after we’ve outgrown them?

Part of it is inertia. As long as there’s no obvious harm being done, it’s just easier to leave things undisturbed and unexamined. But mostly, it comes down to identity.

When I contemplated leaving my career in corporate communications, one question I asked myself led to a full blown panic attack: “If someone asks what I do, what will I tell them?” In other words, who would I be if I no longer had that title? Better not pull at that thread.

When I consider purging my closet of clothes unworn, it’s never just about giving away that blouse or this skirt. It becomes a referendum on whether I will ever be that size again, and if not, what does that make me? Easier to just leave it on its hanger and move on.

When I sift through my bookshelves . . . oh, who am I kidding, I never give away books. Still, you get the idea.

In The Celebration of Discipline, Richard Foster talks about the discipline of simplicity:

“The inward reality of simplicity involves a joyful unconcern for possessions. Neither the greedy nor the miserly know this liberty. It has nothing to do with abundance of possessions of their lack. It is an inward spirit of trust.”

That spirit of trust says that all we have is from God; it allows us to mimic God’s provision by making what we have available to others. It doesn’t mean living free of possessions. It does mean holding them lightly, because they don’t define us. It means being able to let go because if we do, we still have an identity that can never be taken away:

“For we are God’s handiwork, created in Christ Jesus to do good works, which God prepared in advance for us to do.” (Ephesians 2:10)

I would add that generosity isn’t only about money or things. We are called to be generous with all the resources we have been given — our money, our time, our talents and our love. It is easier to write a check than it is to visit someone in prison, yet we are called to open our hearts and our homes as well as our wallets. It is who God made us to be.

And yet, we continue to collect and protect. Consider this: A search for books on “decluttering” on Amazon turns up 1,668 results. (I guess I’m not the only one who holds on too long.) The most popular of these books suggests picking up each object in your house and asking yourself, “Does this bring me joy?”

This is the wrong question.

There are better questions for God’s people:

“Am I relying on this thing, this relationship, this title for my identity?”

“Would letting go of it diminish my sense of worth?”

“Could this bring someone else joy?”

Breaking up is hard to do. I want to hold on to the identity I have constructed for myself out of job titles and clothing sizes and intellectual achievements. But God wants so much more for me. He wants me to rely solely on the identity and worth that can never be taken away:

“See what kind of love the Father has given to us, that we should be called children of God, and so we are.”

From this place of ultimate security, it is easy to let go.

5 thoughts on “Breaking Up Is Hard To Do”