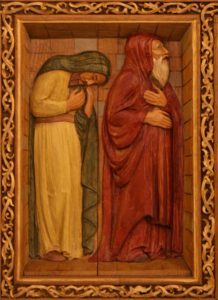 Let me get this out of the way: Meryl Streep is a phenomenal actress. I admire and respect her talent and have been moved by much of her work. She has the right and privilege of free speech. I am not here to dispute or debate any of these things. In fact, in her acceptance speech at the Golden Globes the other night, she said something that was absolutely dead on.

“Disrespect invites disrespect.” I wonder if she knew how right she was.

After declaring that those gathered were “among the most vilified segments in American society right now,” she warned that if we kicked out all of the “outsiders and foreigners” in Hollywood, “You’ll have nothing to watch but football and mixed martial arts, which are not the arts.“ Really? Without Hollywood we wouldn’t have the arts? What about ballet? Music? Theater? Hollywood certainly isn’t the only — or even the best — source of great art around. That she could be at once so self-pitying and self-aggrandizing is remarkable. Yes, the Hollywood she rhapsodizes about can produce great art. But for every “Sophie’s Choice” there is “Ricky and the Flash” which you’d be hard pressed to describe as Great Art.

Second, who’s to say that movies and television are better (that is to say, more refined, more edifying, more civilizing) than sports? Has she ever seen “Marriage Boot Camp?”  How about “Gigli?”  Apparently, instead of “vilifying” Hollywood, we should be thanking it for saving us from a life of low-brow entertainment (at least the kind that doesn’t come from Hollywood).

She went from celebrating diversity to looking down her nose at any other form of entertainment than her own in seconds flat.

I heard another voice when I heard her say these words. I heard the voice of Jesus. In the gospel of Luke, he tells this story:

“He told his next story to some who were complacently pleased with themselves over their moral performance and looked down their noses at the common people: “Two men went up to the Temple to pray, one a Pharisee, the other a tax man. The Pharisee posed and prayed like this: ‘Oh, God, I thank you that I am not like other people—robbers, crooks, adulterers, or, heaven forbid, like this tax man. I fast twice a week and tithe on all my income.’ Meanwhile the tax man, slumped in the shadows, his face in his hands, not daring to look up, said, ‘God, give mercy. Forgive me, a sinner.’”
Jesus commented, “This tax man, not the other, went home made right with God. If you walk around with your nose in the air, you’re going to end up flat on your face, but if you’re content to be simply yourself, you will become more than yourself.”

Jesus makes plain who the “villain” and the “hero” of this story are. The Pharisee is self-righteous and lacking humility before God; the tax collector was self-effacing and very aware of his sin.

The message was not lost on the Pharisees who were among his original audience: be on guard against the insidious sin of pride.

And here’s just how insidious that sin is. When we read the story of the Pharisee and the tax collector, our natural instinct is to denounce the Pharisee’s arrogance, self-importance and sense of superiority over that sinner over there. We might even say to ourselves, “Thank God I’m not like that legalistic, bombastic Pharisee.” And in doing so, we become the Pharisee ourselves.

In telling this story, Jesus shows us how easy it is — how human it is — to become what we condemn.

I can’t help wondering if my pointing out Meryl’s Streep’s condescension isn’t tinged with a little, “Thank God I’m better than that.”  How easy it is to feel pride over my humility!  All I can do is echo the words of the tax collector: “God, give mercy. Forgive me, a sinner.’”

Meryl, if Hollywood continues to be “vilified”, don’t be surprised. As you so plainly put it, “Disrespect invites disrespect.” May God give us all the humility to break the cycle.